Main » Faculties » Faculty of Biology » Department of Zoology » About

On 1 December 1945 at the faculty of biology of Uzhhorod university a department was formed under a strange, as it might seem today, name – department of zoology and biology or as it was then called “zoobiology”. Its formation was connected to the arrival in Uzhhorod of candidate of biological sciences, associate professor Ivan Herasymovych Rohal. Rector of the university A. M. Kurishka with his order №2 appointed Ivan Herasymovych the head of department that was formed the same day. The name corresponded to the tasks and conditions under which the first faculties were formed as well as to the first body of students. At that time the faculty of botany included only the department of botany and biozoology and had to provide for the delivery of lectures in the course zoology of inverterbrate and general biological disciplines for the students of the first year of the faculty of biology. Moreover, medicine students had to be lectured in “General biology”.

In September 1956 І. І. Kolyushev became the dean of the faculty of botany and joined the department of zoology of inverterbrate with the department of zoology of the spinal. The newly formed department of zoology was the most numerous at the faculty under his leadership and offered students to major in two specializations: “Zoology of the spinal” and “Zoology of inverterbrate”. Besides the zoologists specializing in the spinal – associate professors І. І. Kolyushev, К. К. Vlasova and assistant І. І. Turyanyn, the staff included specialists in the inverterbrate – associate professors К. К. Fasulati, А. А. Hirits, senior lecturers А. Т. Tveritina, H. М. Roshko, assistant І. М. Lykovych. In early 1960s the department was enriched by graduates-zoologists from Uzhhorod state university І. І. Bokotey, О. R. Dovhaany, Yu. І. Krochka.

In 1967 due to the early death of the organizer, inspirer and head of department, the real founder of Uzhhorod zoological school professor І. І. Kolyushev, associate professor A. A. Hirits, well-known for his administrative work, was apppointed for the post. After defending the candidate thesis Yu. I. Krochka became assistant professor, К. К. Vlasova and V. І. Ponomarchuk retired, О. R. Dovhan died and in early 1970s the department staff was enriched by a younger generation. Promising graduates of the faculty of botany of Uzhhorod state university I. H. Dobosh, О. V. Korchynskyi and М. І. Shcherban started the complicated and responsible lecturing work with creative inspiration. They gained experience working side by side with senior colleagues, developed in the scientific sphere, soon defended their candidate theses and became associate professors. The technical assistance was provided by senior laboratory assistant Е. І. Dudko, laboratory assistant V. І. Yevdokimova and assistant О. І. Huley.

In 1973 A. A. Hirits took a research leave to finish his doctor’s dissertation and candidate of biological sciences, associate professor І. М. Lykovych was appointed head of department and he worked there till 1978. During this period A. A. Hirits successfully defended his doctor’s thesis in 1974 but died in a year. A young dipterologist, a disciple of Andriy Andriyovych, S. I. Farynets was appointed a lecturer at the department.

In early 1995 the department was headed by a disciple of І. І. Коlyushev, doctor of biological sciences, professor Yu. І. Krochko. A worthy follower of Kolyushev traditions of university classicism Yuliy Ivanovych ran the department till 2000 till the end of his service contract as head of the department. A natural process of staff turnover leads to the appearance of new faces. I. H. Dobosh, І. І. Тuryanyn and А. А. Hvozdak left the department, but young zoologists arrived with less life and scientific experience, but willing to work at the department at least as well as their teachers.

From 2005 the department was headed by candidate of biological sciences, associate professor Т. Т. Dudynskyi majoring in acarology.

In 2006 associate professor V. V. Symochko, a graduate of the department of zoology, who mainly investigates the development of organisms harmful for agriculture and methods to reduce their harm for agricultural ecological systems moved to the department of growing fruit, vegetables and vine of the faculty of biology and then was appointed its head.

In September 2006 a graduate of the department A. T. Dudynska joined the department of zoology, then she defended her candidate thesis under the title "Synathropic acaridian mites (Acariformes, Acaridia) of Transcarpathia".

In 2008 L. V. Krulko joined the department. In 2010 she defended her candidate thesis under the supervision of associate professor F. F. Kurtyak specializing in “ecology” under the title “Amphibians of natural reserve ecological systems of South-West megaslopes of the Eastern Carpathians”. After that she moved to the department of entomology and maintaining biological variety. 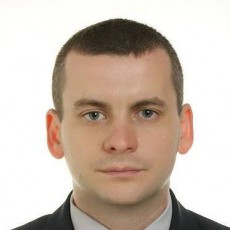 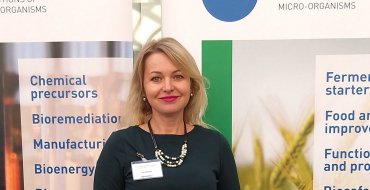 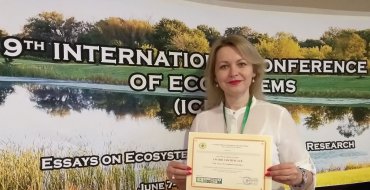 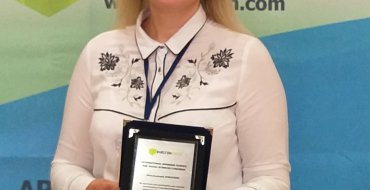 Ludmyla Symochko, Associate Professor of the Faculty of Biology, represented UzhNU at the International Congress in Turkey 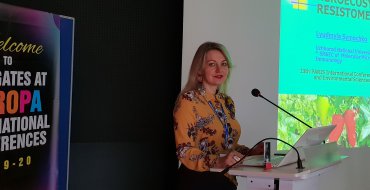