Uzhhorod National University belongs to classic universities of Ukraine, holding the highest 4th level of accreditation. It is one of the largest and best universities of the Carpathian region, situated in a wonderful student city Uzhhorod on the slopes of the Carpathian Mountains in Western Ukraine. The university is young, it was founded in 1945 but it has acquired a well-deserved reputation in a scientific world, becoming the landmark and the alma-mater for generations of students who are working successfully both in Ukraine and other countries of the world. Uzhhorod University has formed powerful scientific schools of the world acclaim. It collaborates with many top universities abroad.

According to the international scientometric data, Uzhhorod National University has ranked stably among the 10 leading scientific centres of Ukraine. In the course of 69 years, it has worked out its own school of teaching (instruction), scientific and educational traditions.

The teaching staff of the university defend up to 10 doctoral and 40 candidate dissertations annually.

More than 300 postgraduate students and 400 adjuncts in 53 specialities are trained at the University. There are five specialized Academic Councils on awards of doctoral and candidate degrees in Physics, Mathematics, Chemistry, Economy, History and Law.

Every year the scholars of the University publish 12 periodicals, more than 40 textbooks and manuals, hold 30 scientific conferences, half of which entertain foreign participants.

The university provides training programs in 9 specialities of Junior Specialist qualification, as well as in 36 fields of Bachelor programs and 84 fields of Specialist and Master Programs.

The innovation triad is being implemented in all fields and specialities: the extensive foreign language learning, mastering of information technologies and promoting intensive informational ties on different levels.

Our university evinces a consistent and systematic interest in the languages of its neighbours.

Nine languages among them Ukrainian, English, German, French, Russian, Hungarian, Romanian, Slovak and Czech are being studied intensively at the University.

In promoting international relations, Uzhhorod National University follows three top-priority tasks: to increase the number of foreign students, to devise the program of the double diploma, and to compete for grants aimed at modernization of the university.

Currently the university pursues linkages with 86 partners from 17 countries.

The most important research projects of the university include “Innovation laboratories: the use of open innovation educational platforms and research in education for enterprises” in accordance with Tempus program. The system of space protection from emergencies – the transborder system for predicting emergency natural catastrophes on the basis of the use of satellite technologies in Hungary, Slovakia, Roumania and Ukraine and “Pi@netour” – creating scientific tourist product and net infrastructure for scientific tourism in border regions Maramuresh and Zakarpattya (Transcarpathia) is exercised within the framework of the border cooperation program EIC.

The students of the University participate in different international academic mobility programs: “one-term study”, “double diploma”, different kinds of practices. There is an agreement on cooperation between Uzhhorod National University and Pomorka Academy in Stutsk (Poland) which enables students of different specialities to study at State educational establishment in Poland.

Every year more than 400 teachers, scholars, doctorates, graduated and postgraduated are sent abroad to take part in the exchange programs (international conferences, training). The University welcomes the same number of foreign partners annually.

There are various vocal, pop and choreographic groups in the student leisure centre ‘Juventus’. A special matter of pride at our university is the amateur performances by the male choir ‘Boyan’.

Twenty-four sports are being developed in the university. Our students and teachers are national and world champions, masters of sport of national and international rank in power lifting, handball, track and field athletics, swimming, etc.

Members of the university community have at their disposal 18 playing fields, the ski resort “Plischka” with ski lifts, 25 metre swimming pool, large and small gyms of the sports centre “Burevisnyk”, a student recreation centre “Skalka”, located in the picturesque, mountainous area on the slopes of the mountain range “Synatoriya”.

All six halls of residence house four thousand students. There are gyms with fitness equipment where students can train arm wrestling and martial-arts training. The access is granted at any time and is free. On their own initiative the students can create various societies to enjoy music drama, poetry and different kinds of dance.

The university leads a volunteering movement in the region. The classroom and access point for people with disabilities have been created in our university. Only three higher educational establishments in Ukraine have such facilities.

University research library comprises more than 1.5 million documents on different storage media. It caters for more than 20 thousand readers. Its depository receives more than 15 thousand Ukrainian and foreign documents, about 250 academic periodicals. Thousands of unique specimens of book-printing, incunabula which came out in Latin before 1500 and the Ostrog Bible printed by Ivan Fyodorov in 1581 in particular, are being stored in the library.

The Museum of Zoology comprises 5 thousand exhibits from different continents. Its depository has more than 150 thousand specimens of fauna. It has the best in Central Europe collection of birds of prey and owls (more than 170 stuffed birds) collected in Zakarpattia and Eastern Slovakia.

The Botanic Gardens take up almost 90 hectares of land. More than 500 wood species and bushes, about 450 subtropical and tropical crops are being cultivated here.

Earth satellite astrophysical observations are being carried out using state-of-the-art equipment in the space exploration laboratory. 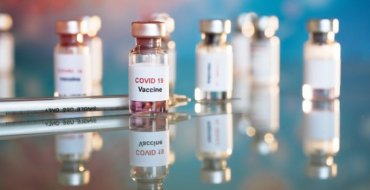 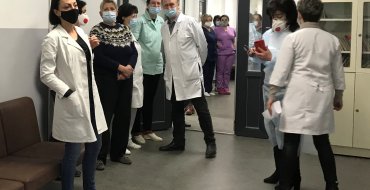 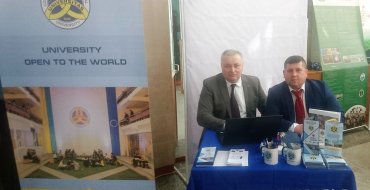 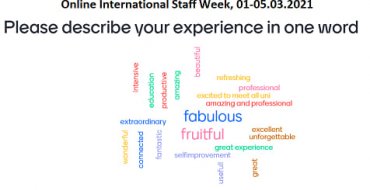 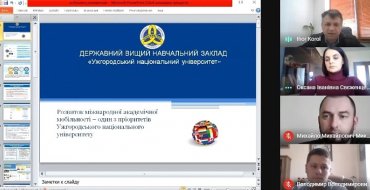