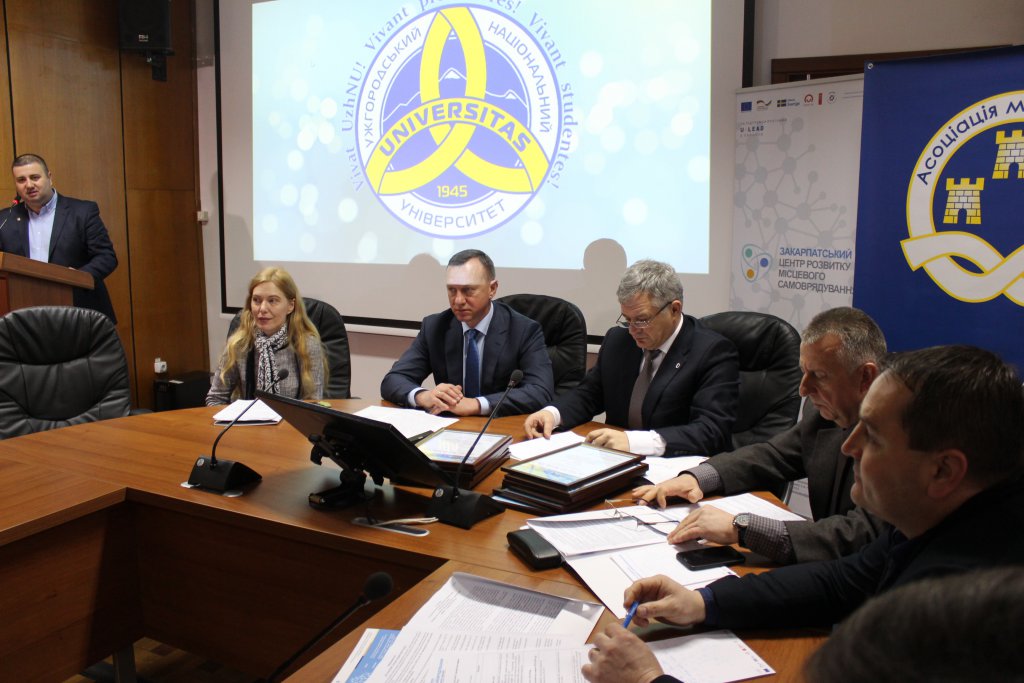 On Thursday, January 17, 2019, the V Regional Self-Government and Public Associations Forum "Transcarpathia at the New Stage of Decentralization and in the Roadmap of Reforms for Ukraine 2019-2020" took place in the hall of the Academic Council of UzhNU. The forum was initiated by the Transcarpathian Regional Branch of the Association of Ukrainian Cities, the Transcarpathian Center for Local Self-Government Development, Uzhhorod National University and a number of public associations. They were represented by the heads of the towns and villages - centers of existing and potential amalgamated territorial communities, heads of executive bodies, advisers and councilors of the Offices for Reforms of the Transcarpathian Regional Branch of the Association of Ukrainian Cities and Center for Local Self-Government, scholars of UzhNU, experts and representatives of mass media.