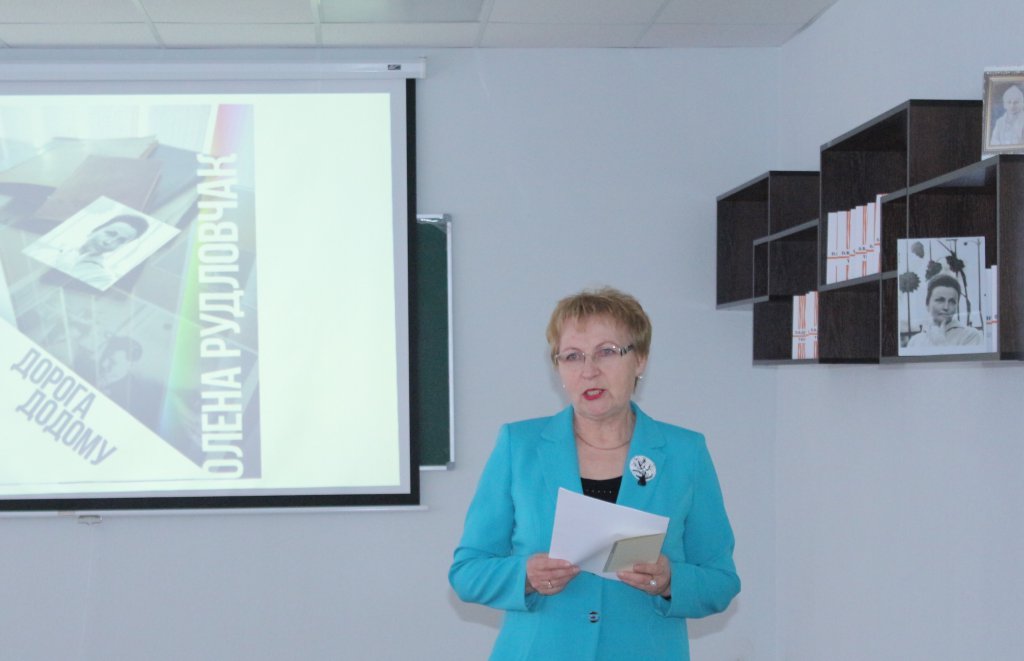 On Monday, February 4, 2019, the IV International scientific readings "Olena Rudlovchak - a scientist, a teacher, a journalist" dedicated to the 100th anniversary of the birthday began at the Faculty of Philology of UzhNU. The scholars from Ukraine and Slovakia, as well as Olena Rudlovchak’s daughter Maria and grandson took part in the readings.

"Olena Rudlovchak’s life and work are an example of serving the nation," said Volodymyr Smolanka, the rector of UzhNU, in his welcoming speech at the opening of the readings. Some years ago, with the assistance of Prof. Mykola Mushynka, and Olena Rudlovchak’s family, due to the huge work of our team, we managed to bring her personal archive to Ukraine and open her library at the Faculty of Philology. Today, it is a great source of information for students and teachers in their research activities."

The rector of the Transcarpathian Academy of Arts Ivan Nebesnyk stressed: "Today, Ukrainians are still in the process of their self-identification. We are working on the formation of a new view of our history, we are studying the creativity of those representatives of our nation, whose work has  been under taboo for a long time. The history of the “Carpatyka”, which is known to us owing to such people as Olena Rudlovchak, Mykola Mushynka and others, is very important for future artists, and it is very good that we have such an opportunity. We are to be grateful that Olena Rudlovchak’s library was brought to Transcarpathia, namely, to Uzhhorod National University, and now the most important thing is to make it accessible to students, and postgraduates."

Before presenting the scientific reports, the organizers of the readings presented the documentary film "The Way Home", which was made by the creative group of the Faculty of Philology of UzhNU under the supervision of the dean Halyna Shumytska.

Prof. Valentyna Barchan, the head of the Department of Ukrainian Literature at UzhNU, presented her report on Olena Rudlovchak’s life and research activities. Honorary foreign academician of the National Academy of Sciences of Ukraine, Professor Mykola Mushynka (Presov), delivered his report "Olena Rudlovchak and the Presov region". The vice-rector of the Transcarpathian Academy of Arts Natalia Rebryk, the director of the Scientific Library of UzhNU Mariia Medvid, O. Rudlovchak’s daughter Maria Dufkova and other participants of the scientific readings also spoke about the prominent scholar's life and work.