20 inspiring facts about science at UzhNU 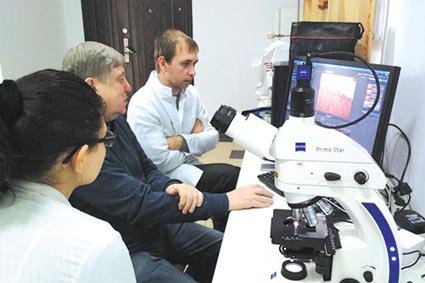 We talked with the vice-rector of UzhNU for research Ihor Studenyak and highlighted 20 important facts of the university scientific life last year. They are the evidence of the fact that science in Ukraine is coming to life, and Uzhhorod National University has a reputation of a powerful scientific research center, both in the national and international scientific environment, and in the Ministry of Education and Science of Ukraine.

1. Scientific research at UzhNU is done at 109 departments of 20 faculties, at the Ukrainian-Hungarian Educational Institute and 36 research institutes, laboratories and centers.

3. In 2018, scientists of UzhNU implemented 21 scientific projects, including 12 fundamental, 5 applied ones and 4 scientific works conducted by young scientists at the expense of the government budget.

5. Last year, the Center for Joint Use of Scientific Equipment "Laboratory of Experimental and Applied Physics" was established at UzhNU. The Ministry of Education and Science of Ukraine allocated 3 million 500 thousand UAH for the Center. There are only 8 such centers in Ukraine, and one of them is in Uzhhorod.

6. The scientific equipment, valued at about 2.8 million UAH, was purchased for the Faculties of Physics, Chemistry, Dentistry, Biology, Medicine, Geography and Medical Faculty № 2 at the expense of the government budget. Within the framework of the SERRIS-ERIS consortium project, we obtained the scientific and laboratory equipment for Auger Electron Spectroscopy and magnetron sputtering of thin films. Thus, in 2018, a number of scientific laboratories at the Faculties of Physics, Chemistry and Dentistry of UzhNU were upgraded.

7. Last year, the international and business agreements and grants valued at 2 million 800 thousand UAH were implemented.

10. 11 employees of UzhNU defended their theses for the Doctoral Degree and 35 – for the Candidate’s Degree. 9 employees of the university received the academic rank of  professor and 15 -  of associate professor.

11. 158 textbooks and manuals, 1385 scientific articles (including 125 ones published in the international Scopus databases and 111 in the Web of Science), 69 collections of scientific works were published in 2018.

12. Last year, the teams of authors received financial rewards in the amount of 476 thousand UAH for 142 articles published in the international databases "Scopus" and "Web of Science".

17. The winners of the annual Innovative Ideas Contest "Startup-UzhNU-2018" took part in an international seminar "Training and presentation of scientist business ideas" held in Trieste, Italy.

18. The scientists of the Department of Solid State Electronics and Information Security of the Faculty of Physics together with their European colleagues continued to implement the projects funded within the framework of "Horizon 2020" program - the most powerful tool for financing research in the European Union.

19. Uzhhorod National University was awarded with the "Web of Science Award 2018" in the nomination "The Institution with the Highest Efficiency of Scientific Research".

20. At the international exhibition "Education and Career - Student's Day 2018" UzhNU got a diploma and a gold medal as "The Leader of Education in the field of Natural Sciences and Humanities" among the Ukrainian educational institutions.