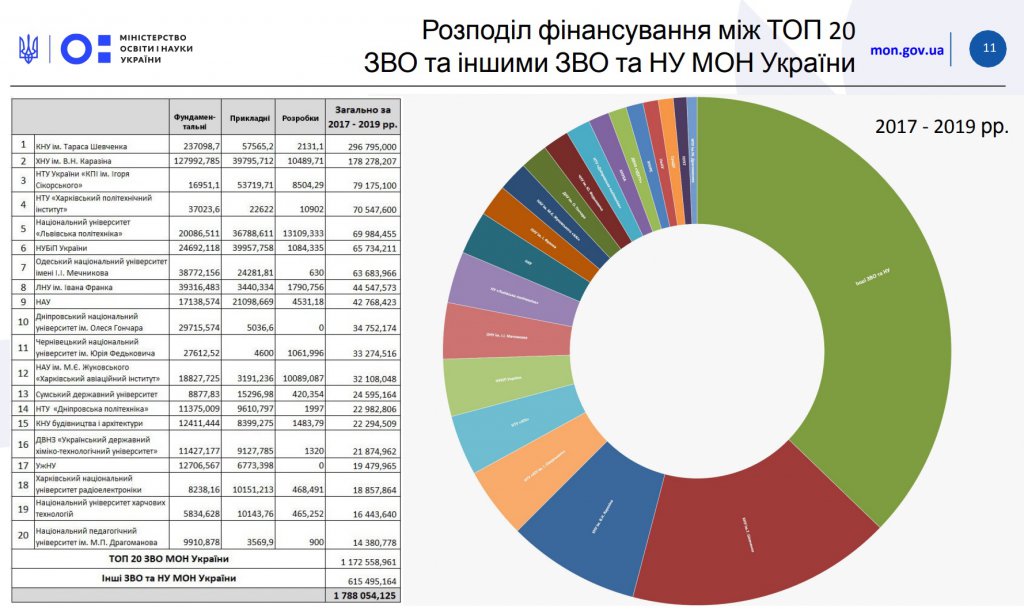 According to the Government portal, these universities received almost 300 million UAH for the implementation of the scientific research projects out of the total amount of 1 billion 790 million UAH allocated for such purposes by the Ukrainian government in 2017-2019. Full analytics can be found at the link.

We wolud like to add that UzhNU received 19 million 479 thousand 965 UAH of the government funds for basic and applied research in 2017-2019.