Ukrainian and foreign lawyers held "May Congress" in Uzhhorod 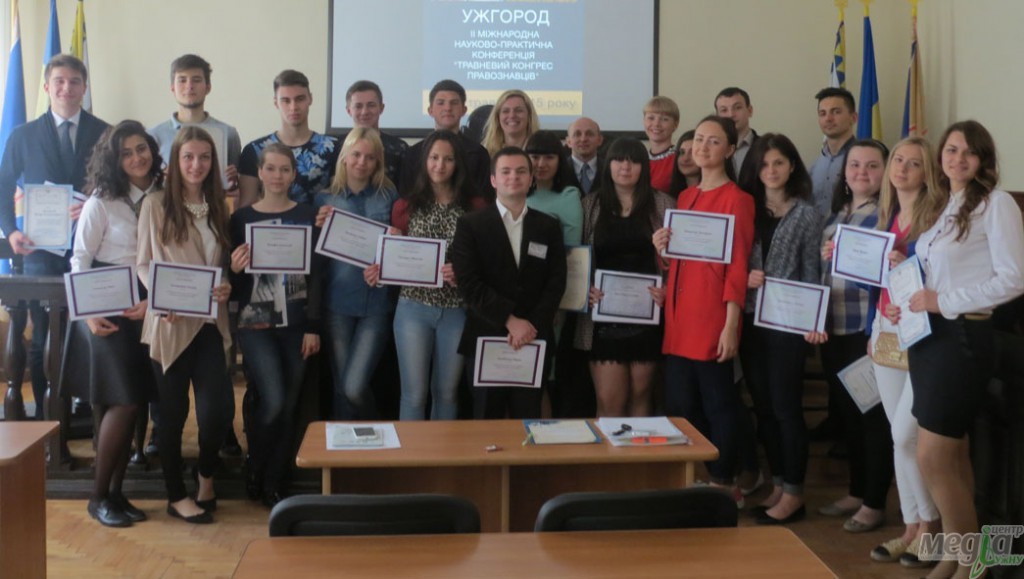 On May 15-17, an international scientific and practical conference "May congress of lawyers" was held at the Law Faculty of Uzhhorod National University for the second time.  Scholars from different regions of Ukraine, Hungary and Slovakia took part in the event. Participants discussed the problems of carrying out Eurointegration processes in various areas of law.

The United Association of Law Students of Transcarpathia, the European Law Students’ Association, the Coordination Council of Young Lawyers of the Main Department of Justice in the Transcarpathian region, the Institute of State and Law of the European Countries, Lawmaking Center of UzhNU, the Institute of Innovative Technology and Content of Education of the Ministry of Education of Ukraine, and law companies "Gretsa and partners" and "Collegium" contributed to the conduct of the conference.

The plenary session of the first day of the conference was moderated by Deputy Dean of the Faculty of Law Sibilla Buletsa. Vice Rector Oleksandr Rohach greeted the participants on behalf of the Rector. He has noted that lawyers have been quite active this year, as this is already the third international conference organized by them.

"Such activities are important and interesting for the science of law, and we can affirm it as practicing lawyers. In order to attract the largest possible number of young scholars to these forums, we have decided that the graduate student of the Law Faculty who will gain the highest score at the conference will be guaranteed employment in the Main Department of Justice of the Transcarpathian region. After all, such events indicate young people’s level of knowledge"- said the head of the Main Department of Justice of the region Ihor Fartushok.

The importance of such scientific forums was marked by a judge of the the Transcarpathian Regional Court of Appeal Hanna Fazykosh. The conference is an opportunity to hear new ideas and take the first steps towards the integration of Ukraine into Europe. There are problems in all areas, and not everything that we have produced so far corresponds to EU standards. Hanna Fazykosh is convinced that with regards to the system of law, the most important factors are development, predictability and conventionality.

"The judicial system of Ukraine has already been built for many years. There have been declared four legal reforms and we have already made a lot of changes. There is still a lot of work to do,  many technical problems have to be solved, but we must remember the principles that we have to observe today. The principle of legal certainty is particularly important. The value of the European law is based on it," – said the head of the Economic Court of the Transcarpathian Region, Candidate of Law Oleh Vaskovskyy. He also invited those present to the Open Day in the court.

The Head of the Department of Theory and History of State and Law of the National University of the State Tax Service of Ukraine Anatoliy Shevchenko and a researcher of the Institute of Innovative Technology and Content of Education of MES of Ukraine Mykhaylo Delehan also addressed the meeting.

The chair of the Department of Constitutional Law and Comparative Jurisprudence Yuriy Bysaha has said that the young generation is not indifferent to the issues of state building. The chair of the Department of Theory and History of State and Law, a member of the Academy of Sciences of Ukraine, Doctor of Law, Professor, corresponding member of the National Academy of Legal Sciences of Ukraine Vasyl Lemak has wished young people to believe that there will be order in our state system one day and advised them to make their contribution to this important business: "Everyone should be in their place. We must remember that careless work plays against us. In Europe they pay special attention to medicine and law. Nowadays we are making Constitutional reforms, but we need to learn how to make these reforms. I also wish you to feel that you are future lawyers”.

Participants covered almost all areas of legal relationships during their work in sections. They discussed the issues of the theory and history of state and law, history of political and legal studies, philosophy of law; constitutional law and process, municipal law, comparative law; public international law, private international law, European Union law, etc.

On the last day, the Dean of the Faculty of Law Jaroslav Lazur presented awards to the participants and winners of the conference and wished them inspiration and success in their scientific endeavors! 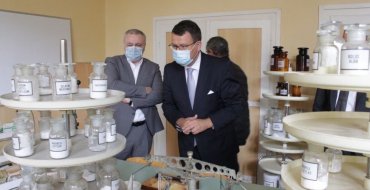 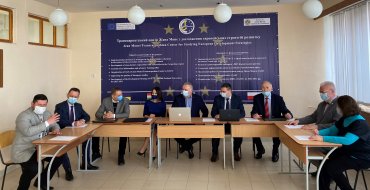 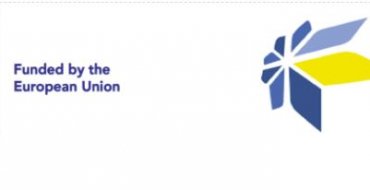 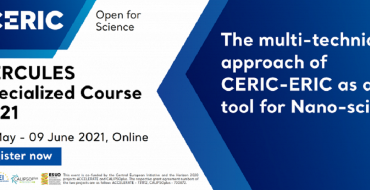 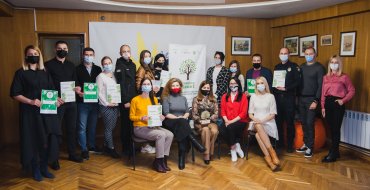