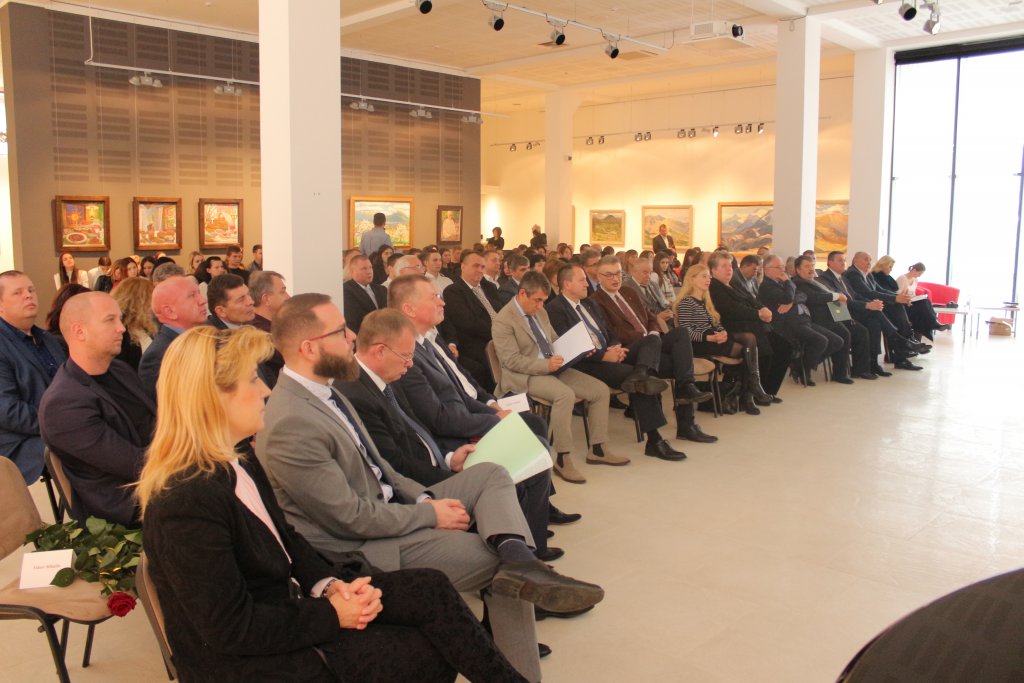 On Friday, October 26, 2018, Ukrainian-Hungarian Educational Institute celebrated the10th anniversary of its foundation and 50 years of the functioning of the Department of Hungarian Philology. A lot of distinguished guests, including the Rector of UzhNU Volodymyr Smolanka, the deans of the faculties, representatives of the regional state administration, diplomatic and scientific institutions of Hungary, came to congratulate the institute on its birthday.

In his welcome speech, the director of the Ukrainian-Hungarian Institute Oleksandr Shpenyk said: "A lot of changes have taken place in the previous ten years, however, our main tasks remain the same: they are to provide high quality education to our students. More than 1,700 students have already graduated from our institute, most of them are successfully exercising their professions. I also want to emphasize that we have a great team, our teachers are the greatest value of our institute, so I want to express my gratitude to them for their commitment and hard work."