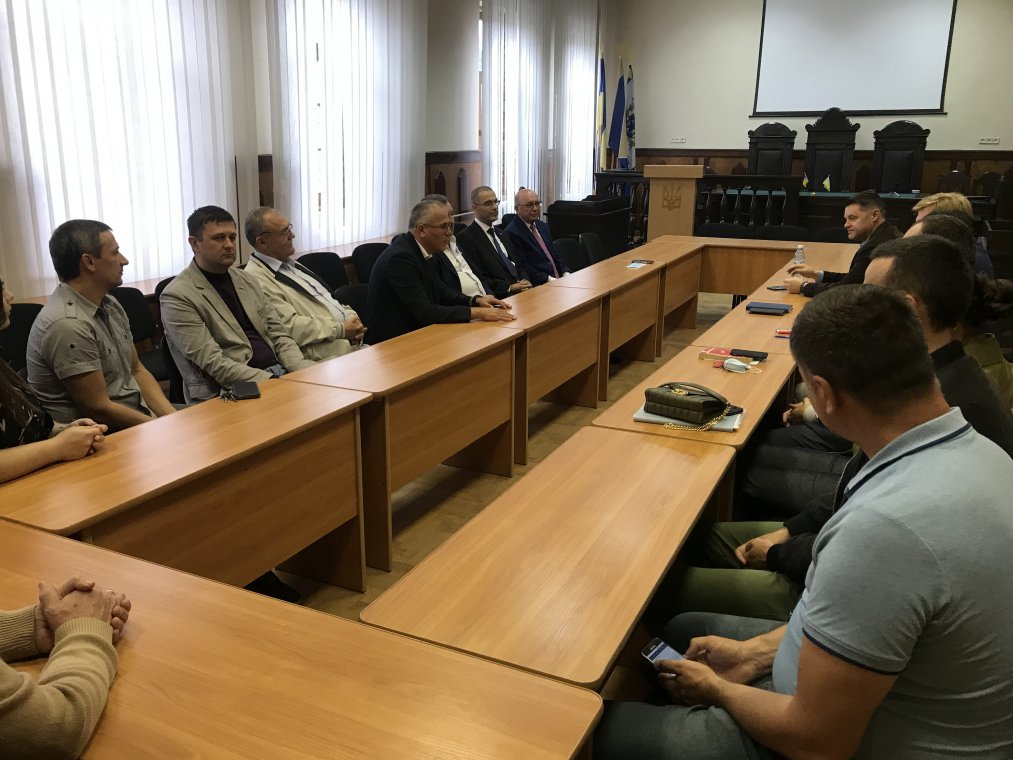 On Friday, September 17, 2021, the Faculty of Law hosted a meeting with the Prosecutor General of the Slovak Republic, Honorary Professor of Uzhhorod National University, Doctor of Law Maroš Žilinka. The meeting was also attended by the Honorary Consul of Ukraine in Vranov nad Toplou (Slovakia) Stanislav Obitski, First Vice-Rector of Uzhhorod National University Oleksandr Slyvka, the Dean of the Faculty of Law Yaroslav Lazur and the staff of the faculty.

The Prosecutor General of the Slovak Republic Maroš Žilinka noted that Slovakia and Ukraine had signed a memorandum of cooperation between the prosecutor's offices of both countries, and a visit of the Prosecutor General of Ukraine Iryna Venediktova to the Slovak Republic was planned for October. "We want to strengthen cooperation between our universities and UzhNU in the fields of education and research," said Maroš Žilinka.

"Ukraine and Slovakia are very close countries, both mentally and geographically. We agreed to work together to develop the scientific ideas to improve the authorities of the prosecutor's offices in both countries," said Honorary Consul of Ukraine in Slovakia Stanislav Obitski.

The parties exchanged their views on existing forms of academic and scientific cooperation, and discussed new areas of cooperation between scientists and practitioners of both countries.