The 5th International Dental Conference was held in Uzhhorod 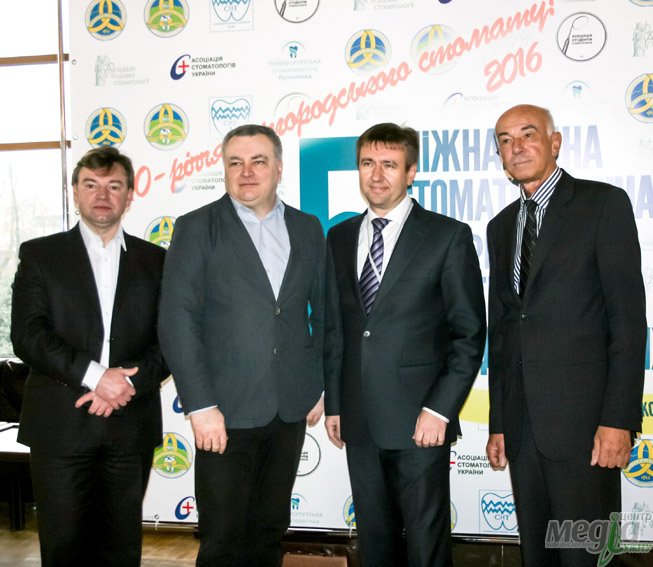 On February 26-27, 2016 the 5th International Dental Students and Youth Conference on "Current issues of scientific and practical dentistry" was held at Uzhhorod National University. The scientific forum attended by over 350 people was dedicated to the 10th anniversary of the establishment of the Faculty of Dentistry of UzhNU.

The opening ceremony was held in the regional drama theater. Guests from different cities of Ukraine (Kyiv, Lviv, Vinnytsia, Ternopil, Odessa) as well as from abroad (Slovakia, Poland, Georgia) came to Uzhhorod. Students turned out to be creative and contributed to the organization of the event by preparing a video invitation.

The official part was solemnly started with the anthem of Ukraine. The Rector of UzhNU Volodymyr Smolanka came to congratulate the participants on the event. He stressed that the Faculty of Dentistry was a very dynamically developing unit of UzhNU with more than 700 students being thained there. Mr. Smolanka also emphasized the practical focus of the conference which included a number of workshops. Despite the rainy weather in Uzhhorod, he wished the participants  warm working atmosphere and productive cooperation.