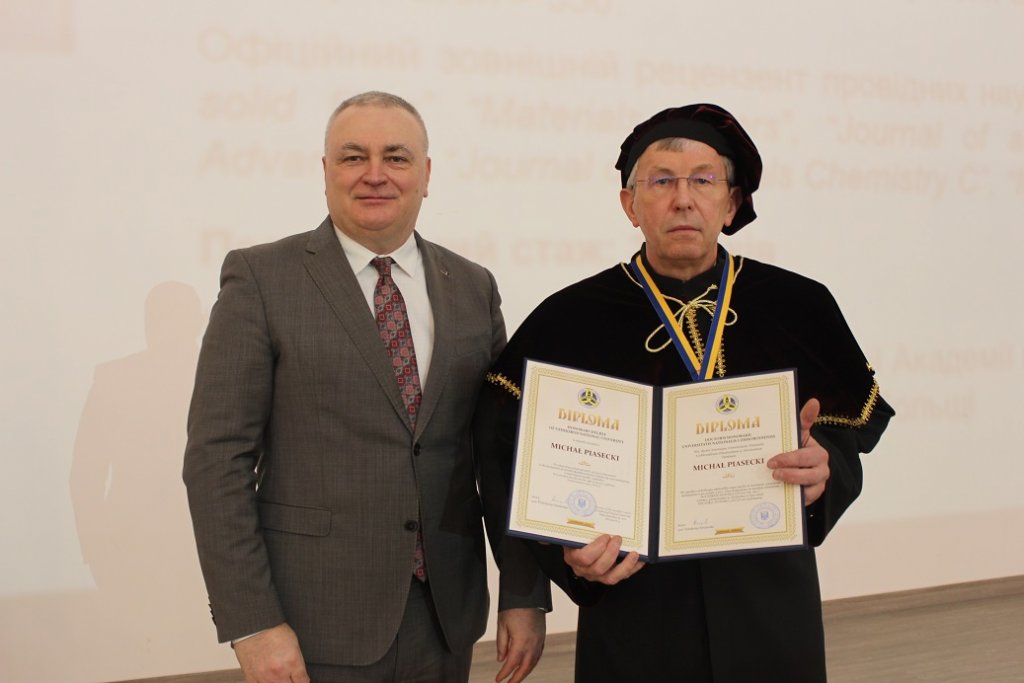 Professor Michał Piasecki, the head of the Department of Theoretical Physics at Jan Długosz University in Czestochowa (Poland), was conferred the award of Honorary Doctor of Uzhhorod National University at the meeting of the Academic Council of UzhNU which took place on Tuesday, December 21, 2021.

Michal Piasecki is a well-known scientist in the field of condensed matter physics and physical chemistry of materials. His additional areas of research include the characteristics of single crystals and composite materials, optical materials, IR materials, nonlinear optics, luminescence, nanomaterials, thin films, phase transitions, solar cell materials, thermoelectricity, etc. He is the co-author of 175 articles (Scopus, WoS), the total impact factor of his articles is > 350, and the number of citations reaches 2260. Michał Piasecki is the official external reviewer of some leading scientific journals. He has twice been awarded by the Department of Natural Sciences of the Polish Academy of Sciences and nine times by the Ministry of Science and Higher Education of Poland for his fruitful scientific and educational work.