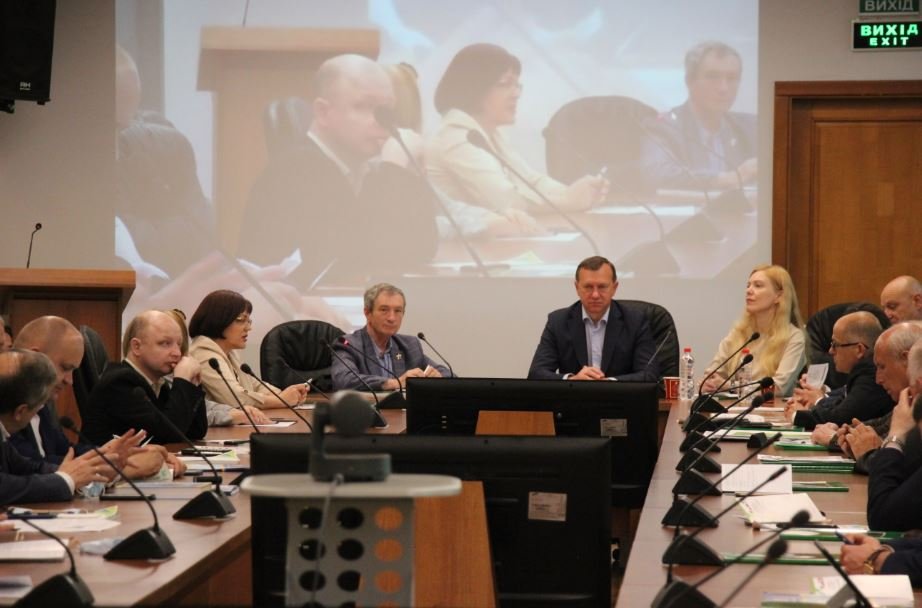 On Tuesday, June 15, 2021, Uzhhorod National University hosted a scientific and practical conference in memory of Serhiy Ustych entitled "Carpathian Euroregion: results and prospects of multilateral cross-border cooperation in the context of Ukraine's European integration progress." Experts, scientists and representatives of regional authorities took part in it. The conference took place on the 2nd day of the International Forum of Interregional and Intermunicipal Cross-Border Cooperation "Ukraine in the Carpathian Euroregion".

The conference began with the awarding of the winners of the drawing competition among children "Building Europe in Ukraine through cross-border cooperation with EU countries" and the photo contest "Transcarpathia in the Carpathian Euroregion: nature, events, people."

The vice-rector of UzhNU Myroslava Lendiel greeted the participants of the conference on behalf of the rector. She mentioned Serhiy Ustych as a patriot of Transcarpathia and Ukraine, thanked the organizers of the forum and the conference for raising a very important topic, and also sent greetings from the rector of Uzhhorod National University, Professor Volodymyr Smolanka.

Serhiy Ustych’s wife, Associate Professor of the Department of Economic Theory, Svitlana Pyasetska-Ustych and the chairperson of the Transcarpathian Regional Branch of the Association of Ukrainian Cities, Uzhhorod City Mayor Bohdan Andriyiv also greeted the participants of the conference.

Martin Guillermo Ramírez, Secretary General of the Association of European Border Regions (AEBR), took part in the conference online. He spoke about the role of the Association of European Border Regions (AEBR) in strengthening and developing Euroregional entities as drivers of cross-border cooperation on the EU eastern borders. "Cross-border cooperation is not about destroying the country's sovereignty, but about the regional authorities' appeal for cross-border cooperation at the local level, where the needs of neighboring regions of different countries are often common," said Martin Guillermo Ramirez.

Then, the participants of the meeting dwelt upon the role of the Carpathian Euroregion Development Strategy until 2020, and its institutional improvement in the coming years. Brigitta Laszlo, the Secretary of the Carpathian Euroregion and a representative of the Szabolcs-Szatmár-Bereg Regional Council (Hungary), gave a report on this topic online.  Volodymyr Panov, the chairperson of the Federation of Employers of Transcarpathia and a Member of the Supervisory Board of PJSC Eurocar, spoke about the Carpathian Euroregion as a tool for attracting direct foreign investments. Maria Mendzhul, Associate Professor of the Law Faculty of Uzhhorod National University reported about cross-border cooperation among local authorities in the conditions of decentralization.

In general, many scientists and practitioners took part in the conference, the work was carried out in several plenary sections. Their topics concerned, in particular, the Carpathian Euroregion in terms of Ukraine's foreign, security and European integration policy, its consideration as an institutional platform for coordination and implementation of operational programs and initiative projects of interregional and intermunicipal cross-border cooperation and development of border and transport infrastructure in the Carpathian region. MOBI.

At the end of the event, the Resolution of the Forum - Uzhhorod Declaration - 2021 "Unity in Diversity and Development in the Carpathians" was discussed and adopted.