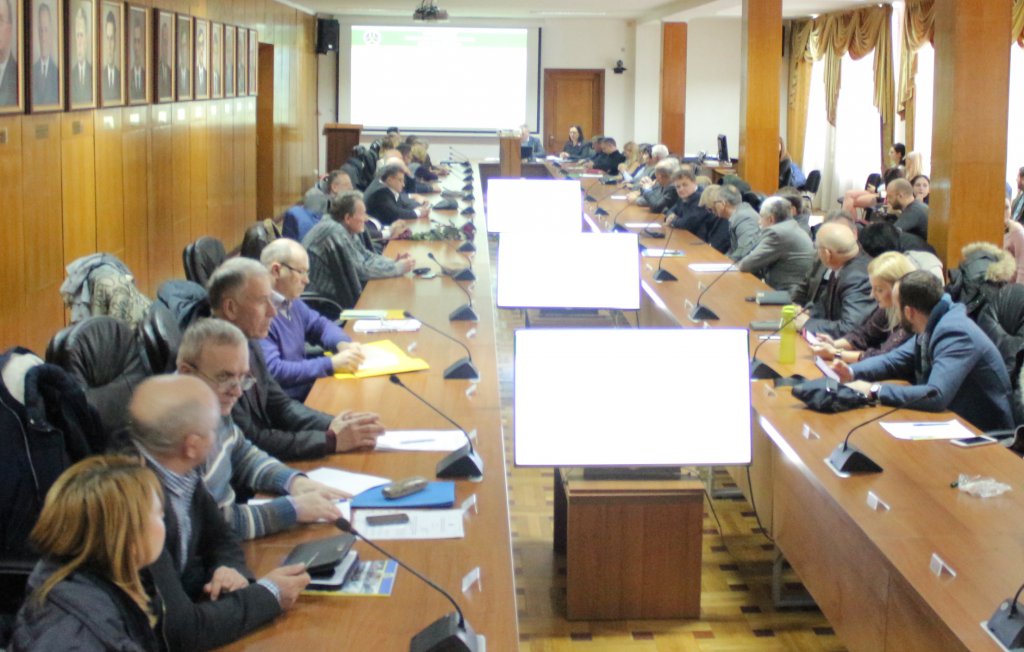 On Thursday, January 24, 2019, a meeting of the Academic Council of UzhNU was held, where some important decisions were discussed and approved. The main issues under consideration were the results of the scientific research done in 2018 plans for 2019. The report was delivered by the vice-rector for research Ihor Studenyak.

The main achievements in the area of research include 21 completed research projects (at the expense of the national budget with the annual funding of 8 million 120 thousand 290 UAH); the creation of the center for joint use of scientific equipment "Laboratory of Experimental and Applied Physics" (funds were allocated from the national budget in the amount of 3 million 500 thousand UAH), the victory of two projects by young scientists of UzhNU in the competition of research projects of young scientists, which was conducted by the Ministry of Education and Science of Ukraine.

In 2018, UzhNU scientists together with their European counterparts continued the implementation of the "Horizon 2020" grant program. In 2018, the project "Strengthening the Leading European Research Infrastructures" (grant agreement H2020-EU (ID-73112) - supervisor Prof. V.M. Rizak) was implemented at the expense of the funds received from the European Union (604.3 thousand UAH). The National Contact Point of the Horizon 2020 Framework Program (scientific advisor T.M. Symochko) was working actively in 2018.

The National Academy of Sciences of Ukraine, together with the world-famous company Clarivate Analytics, awarded UzhNU with the Web of Science Award 2018 in the nomination "The Institution with the Highest Efficiency of Scientific Research in 2018".